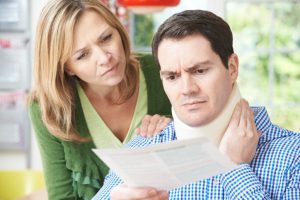 Getting injured at work can be incredibly stressful. In addition to the pain and suffering caused by the injury itself, missing work due to injury or accident can cause financial strain and emotional distress. Workers’ compensation is designed to alleviate some of that strain, and civilian employees working outside the U.S. under government contracts receive a special kind of workers’ compensation through the Defense Base Act.

What’s The Defense Base Act & Who is Affected by It?

In order to protect civilian employees working for private contractors to the United States federal government overseas, the Defense Base Act (or DBA) was passed to provide workers’ compensation benefits for those injured at work. Benefits under the DBA are more generous than typical state workers’ compensation, and the defendant (the employer and their carrier) is usually the one who pays any attorney fees incurred.
The DBA covers civilian employees who work for contractors to the government or military who are employed outside of the United States in one of the following places:

Workers’ compensation benefits for such employees are given according to the schedules and provisions in the Longshore & Harbor Workers’ Compensation Act, or LHWCA, which is what allows for the benefits to be paid out in higher amounts.

If You Are a Victim, You Should Act Now

If you are injured at work, the first thing to do is contact an attorney. You have a number of rights that you need to be aware of, and an experienced attorney is the best resource available to make sure that you receive everything to which you are entitled. In a DBA claim, you have the right to choose your physician and if you do not exercise that right then you can waive it. An experienced attorney can advise you on a course of action to take immediately.

Trust a DBA Attorney with Experience

In his more than twenty years practicing law in Orlando and throughout Central Florida, Mr. Smith has seen a lot of DBA claims through to Court. Indeed, a surprising number of valid DBA claims are denied by insurance agents and employers each year, and Mr. Smith works hard to ensure that your legitimate claim is not one of them. In litigating DBA claims, Mr. Smith has seen insurance companies deny many of the rights laid out in the DBA, including the choice of physician. There are also a shocking number of cases of companies paying disability benefits incorrectly or not at all.

Mr. Smith’s experience in DBA claims and situations such as these uniquely qualifies him for taking on your DBA case. He is experienced with DBA claims—both in negotiation and litigation—and is willing and able to take your case to court if the situation calls for it. Even better, working with C.W. Smith, Public Attorney means that you will receive individual attention and representation from Mr. Smith himself, benefitting from his attentive and personalized representation.